From the Trenches to the Director Chair...

Dan Lantz has worked jobs in every part of the TV and film industry over his career: production assistant, grip, camera operator, director of photography, editor, visual effects artist, production designer, writer, producer, and director. This journeyman jokes that "paying your dues is an understatement." He spent the first twenty years of his career making TV commercials and reality TV shows before he transitioned into narrative short films, beginning with "Felix Melman". That film won several awards and led to Lantz writing and directing more shorts and a web series.

Most recently, his 5th feature, "Alpha Rift", starring international icon, Lance Henriksen of Aliens & Millenium fame, premiered at the Historical Chinese Theater in Hollywood, CA and was picked up for distribution by Vertical Entertainment.

Currently, he is in production on a new Horror-Comedy called "Hayride to Hell" starring genre legends Bill Moseley and Kane Hodder.

He lives just outside of Philadelphia with his wife and three sons.

For a detailed list of credits, go to imdb: 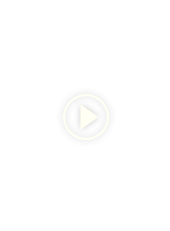